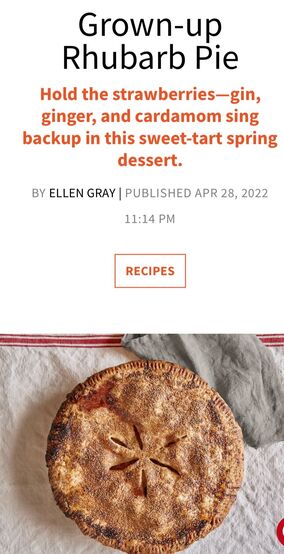 For SAVEUR, strawberries sit this one out while rhubarb, gin, ginger, and cardamom herald the arrival of spring in a double crust pie.

And for those skittish about strictly-from-scratch pie crust, I've got you covered in:
The No-Fail, No-Mixer-Required Guide to Flaky, All-Butter Pie Crust 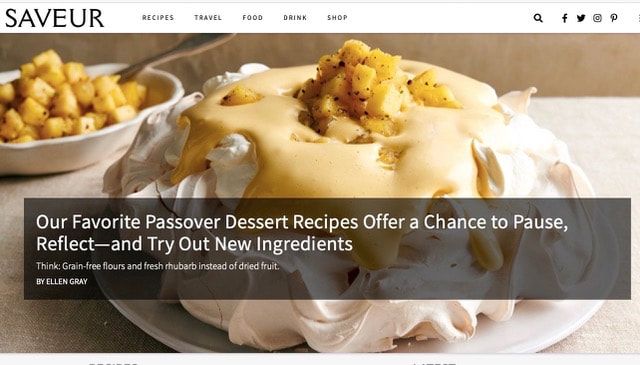 "Food memories and cherished family recipes play an integral role in any Passover celebration, linking multiple generations to those who came before.  The homemade Passover desserts of my childhood made a lengthy Seder bearable." 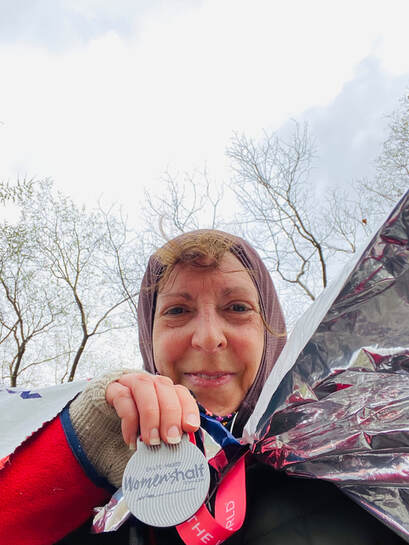 Happy to participate in the annual SHAPE + Health Women's Half Marathon in Central Park.  This year's April 10th race was the joint effort of the NY Road Runners, Food Bank for New York City, NYC Parks and The Central Park Conservancy. The community, charitable and economic impact of the race is far reaching. And  all it takes to get started is putting one foot in front of the other... 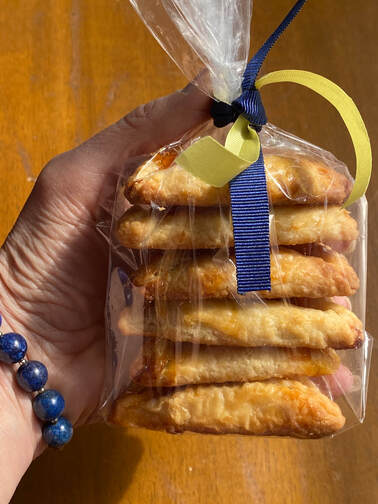 ​Small, yet mighty- cookies for a cause. The story of Purim takes on new significance this year. Proceeds benefit Polish Humanitarian Action which helps assist Ukrainian refugees at the Polish border fleeing the violence. Thanks to the generosity of our community and dozens of Hamantaschen later, over $500 was raised for this worthy cause. Never under-estimate the power of a cookie.

Want to know what it's like to bake 600 pies for Thanksgiving? Senior Staff Writer & Stylist of Food52 Sarah Jampel sat down with Ellen to talk Pie-Production for Thanksgiving. Read the full article here.

February 2016
"Artistic License: The talents are many for lara tomlin" -Maplewood matters

Great evening pairing wines and desserts to support the ﻿Caroline Fund for Brain Cancer Research﻿. We were especially excited that cake artist extraordinaire, Colette Peters joined us for such a wonderful cause. Wine educator Hank Zona reports here: http://thegrapesunwrapped.com/wp/2015/06/12/notes-from-the-first-of-many-grapes-unwrapped-able-baker-pairing-things